Witness Selection is the cornerstone of your Maryland custody case.

When selecting witnesses, the first thing to bear in mind is that more is not better. Lots and lots of cases were lost by people who brought the butcher, baker and candle maker all to custody court.

It has been my experience that absent a case scheduled for 2 or more days your list of witnesses other than yourself should never exceed four and almost never exceed three. The purpose of this article is to outline how you should select the witnesses whom you do call in furtherance of your case.

Any trial lawyer worth his salt will tell you that witnesses are weighed by the judge in his/her decision depending on how they score in that judge’s mind.

I have considered: what is the matrix that the judge will apply? How should you consider which person on your potential witness list will be called? 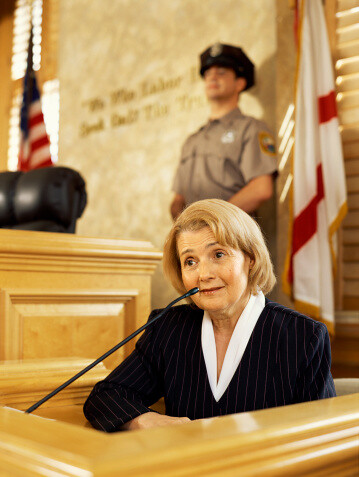 You may note that each of these scorecard categories are effective criteria to explore with respect to witnesses you call, as well as the witnesses called against you. Remember, these rules act as both a sword and shield. Point out how your witnesses satisfy the matrix AND point out how their witnesses do not.

It seems to me that a Witness’ significance turns on 3 scorecards, axis or criteria which the judge will keep in mind as the witnesses testify.

The first axis is the witness’ Scope of Personal Knowledge. Scope of personal knowledge is the the legal equivalent of the sample size in a scientific endeavor. By that I mean simply how often, how long, how recently and under what conditions has the witness observed you with your children?

The neighbor up the street who sees you and your children twice a year; once at an annual Christmas party and once at a fourth of July picnic, is not a witness who scores well in this scorecard category. The neighbor sees you infrequently and also, when he sees you, it is at a party which is not an environment that’s a real indicator of your day in… day out …parenting.

Regarding the appropriate amount? The amount in my mind would be how often the witness sees you and the child. Then weigh this number against the character of that knowledge. Take for example your child’s daycare provider.
You see her everyday, twice a day, dropping the child off and picking the child up. It’s difficult to imagine someone who sees you and your child more often. Yet, what is the character of that exposure to the witness?

The second axis is the Actual or Implied Appearance of Bias.
So we’ve covered some basic ground, namely that any witness you call should have personal knowledge of a significant amount and of a significant character. Having met those criteria the judge will next examined the witness’ actual or implied appearance of bias.

When considering bias it is important to note that I have described bias as either “actual” bias or the “appearance” of bias. The best way to describe this contrast is as follows. True bias in fact is never going to be fully known until, and unless, some form of voice stress analyzer software becomes available to judges and the courts.

Nevertheless, actual bias can often be clear, from things the witness says and the way in which they are said. For example, if your new husband in his testimony describes your ex husband in unflattering and or vulgar terms, such as “the sperm donor” the judge will most likely consider his testimony as painted by actual bias. On the other hand, the appearance of bias is something both easy to identify and possible to overcome.

Take for example a mother who calls her parents as witnesses in her custody case.

There is an appearance of bias. This is very simple to identify. They are her parents and parents might do almost anything to further their children’s welfare, even when those children are adults.

Yet that appearance of bias may be overcome if those parents testify in such a way that they have every outward appearance of neutrality and in all respects seem free from animosity toward the other side.

The third axis is the witnesses Credentials of Discernment ( the ability to judge well)
Yes, it is only the judge’s judgment that matters in the end. Yet every wise judge relies upon the expertise and wisdom of others to assist him/her. There are witnesses known as expert witnesses and I should make clear that I do not mean expert witnesses.

I mean the witnesses wisdom relative to the subject at hand. Take for example a woman who calls her mother for a witness. The woman has bias issues but she also has eight children and thirty grandchildren. This is a woman who knows kids. In contrast take a girlfriend to the mother who has a Phd in philosophy but no children? Is she a witness with discernment?

Perhaps this is a good time to indicate that teachers are witnesses of a thermonuclear significance. Gamechangers, Tiger Tanks, call them what you will.

It is because the judge attributes these witnesses with discernment regarding children.
Teachers almost never have any apparent or implied bias.

At least not any that can be easily identified,. They see your child everyday and know him/her and you based on day in day out interaction. They also have a large cross-section of parents against which to compare you and your child.

Last there is a wildcard, a secret sauce.

It is not a reference to backdoor deals or old boy networks. It is knowing that the judge lives in a five bedroom house frequented by over a dozen grandkids before you disparage a witness who has three bedrooms and four kids. It is life, knowing WHO the judge is, relative to the witnesses.
Forewarned is forearmed. Thus I have attempted to identify some criteria that a judge will consider respecting your witnesses so that you might better select which ones to call. You might also benefit from considering these criteria in crafting cross examination of the other sides witness. Please bear in mind that many times, the best cross examination questions for a witness can be no questions at all.