I almost called this article: “Tape Everything” but “Tape” is not even a verb anymore. Besides, voice recording or eavesdropping in Maryland is illegal (Google: “Linda Tripp”).

It is a crime in Maryland to record a conversation or a phone call without the agreement/assent of all the parties to the conversation. Because of that, even if you obtain a recording by those criminal means it cannot be used in a custody case.

In this article, I am talking principally about video recording which is not subject of the above law. In the custody world phone or other “conversations” are not generally at the core of the case anyway. Video on the other hand, can be very, very helpful. 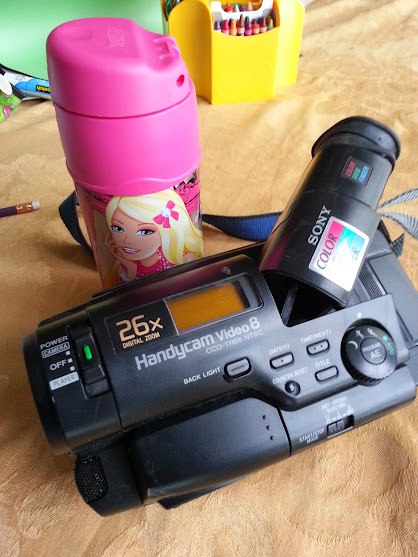 Parents commonly lament that when they are exchange a child or children with the other parent “there are tears….screaming….he/she cries not to go…etc….etc”

Judges and custody lawyers tend to dismiss this contention and those complaints usually wind up as just a yawn. Judges who have become immune to such testimony might need a wake up call. Video can help.

It is one thing to describe that your two year old “cries” when mother tries to collect her back from dad. It is another to see a child on video screaming themselves blue, with veins popping out of their head and the camera lens starting to crack from the shrill crescendo . It makes your point more pointed.

Video of exchanges can be evidence of threatening or provoking behavior by the other parent. Telling people they are being recorded takes a lot of wind out of their ravings and threats. Yes, exchanges at a public place are helpful too but that means the recordings are in the control of Sheetz or some other business which has no interest in your case.

If you are not concerned about your safety you still may want to inconspicuously video record exchanges.

More often than not, it is a critical piece of evidence if your ex claims you are abusive.

As it goes with all manner of things in the human condition video can be too much of a good thing. If two parents go to court with recordings that show they were so busy recording one another that they ignored the effect on the child, that will not be good.