What form to use, Where to file it and when you need a lawyer for Custody in Maryland

The central repository for this information is managed by the Administrative Office of the Courts and can be found at this link: http://www.courts.state.md.us/courtforms/ 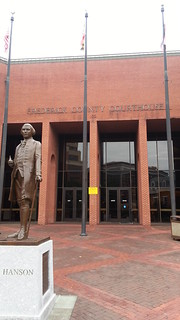 Small claims are the closest thing to Judge Wapner’s Court. That type of case, along with the attendant paperwork, has long been the domain of self represented litigants who are long on lawsuit but short on money. So, what’s changed? The cornucopia of domestic relations (family law) forms and information that are now available.

I wonder how many lawyers don’t know about this website? It is incredible! In terms of forms to help people represent themselves with instructions in understandable format, it’s amazing. They have forms and links to everything from Appellate Courts to Wills and Estates.

Make no mistake, the treasure trove is not limited to mere forms. Oh,nooooo! Sure, you can do something as ho-hum as checking for court snow closings and paying traffic tickets, but that just scratches the surface. You can apply for judge or watch a video on the Maryland Court System. OK, maybe that’s not so exciting, but the depth of information on this website is still really amazing. Check it out! http://www.courts.state.md.us/courtforms/