Her office, located in the Ellicott City Court Complex, is among the most energetic, informed, and helpful family law coordinator’s offices I have ever had the pleasure to deal with.

The last seminar I attended included experts from Howard County Family Services as well as esteemed members of the bench and of the family law bar. Both ethical and practical strategies were discussed. I noticed many faces particularly from Columbia.

Children’s attorneys are most often appointed in cases where the child’s privileged communications or feelings that were conveyed to a mental health professional is important to the case. While these can be high conflict cases to be sure, they can also be cases where the children have special or unique emotional or developmental needs.

The Maryland courts have determined that, while children are minors in the custody of their parent(s), they enjoy the same right to enjoy a privilege of confidentiality with their counselor, psychiatrist or psychologist. This is the same privilege that would be expected by an adult in the same circumstances.

Consequently, as a protection of that child or the child’s entitlement to privileged communication, the Howard County Family Law Court routinely appoints attorneys to act as a gatekeeper to that privilege. For example, if the court is concerned that a child has unresolved issues of fear or trust with one of the parents the court may appoint a children’s attorney.

The attorney would normally be agreed upon between the parents’ respective attorneys but may also be appointed from a list of qualified attorneys whom the court has vetted for that purpose. Customarily, the attorney would receive a fee deposit from each parent called a retainer. The lawyer would seek an apportionment of those fees from the respective parents by agreement or sometimes by order of the court.

The court may set forth the ratio of payment from each parent on an equitable or income sensitive basis or the court may just order each parent to pay 50%. Often the court will order the parents each pay 50% at the outset but reserve on the apportionment of future fees as part of the custody or visitation hearing.

Sometimes where the need for a children’s attorney is compelling but the parties are of limited means, the court may grant a reduced rate for the child’s lawyer or even order that the lawyer be paid from a family law fund established for such purposes and needs.

Lawyers who agree to accept appointment as children’s attorneys generally agree with the court in advance that they will make their services available to the court on a reduced fee or pro-bono basis, at the court’s discretion.

After he/she is appointed, it is customary for the children’s attorney to determine the scope of her charge from the court. Some lawyers are appointed for the limited purpose of contacting the professional who meets with the child and making a decision whether it is appropriate to waive the child’s implied privilege to communication with that counselor.

Given such a task, the child’s attorney will discuss with the counselor if the waiver of such privilege will have any detrimental impact upon the child’s treatment or progress. I can recall a case with a therapist in Columbia where the treatment provider had spent weeks establishing a rapport with the child and reinforcing the meetings as a “safe place.”

I recall that the child was telling her father and her counselor that her mother was drinking to excess and that her intoxicated behavior frightened the child. There was great concern that mother learning of this information might take a punitive stance with the child.

I mean it’s not like her and the child are not going to be together at some point? Nevertheless, a counselor takes time to establish a rapport under such circumstances. If the information from the child were communicated to the parties there might not only be a backlash but it could also jeopardize the child sharing such candid feelings again. 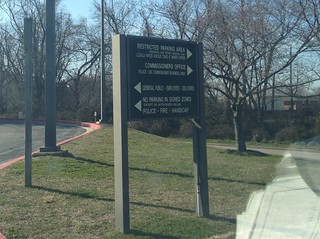 Sometimes, in high conflict custody and visitation cases, these sessions can be the only adult guidance or interaction a child enjoys that does not include a custody or visitation “agenda..” Often children in these cases are worked over for information about the other parent’s household. Other times they are coached to indicate they like/dislike a particular person or a particular activity. In the end, the child is walking on emotional eggshells or carefully scripting interaction and conversation with the adults.

It may not be readily apparent to the uninitiated but custody, visitation and divorce cases are often a team sport. I use that expression in jest to point out that grandparents, siblings even family friends are perceived as an extension of a particular parent with whom they have aligned. This perception is often a deserved one.

Consequently, the assurance of openness and safety in the office of the counselor may outweigh the potential benefit of disclosing the contents, feelings or concerns that the child raises in those meetings. It is not uncommon to have the parents insist on appointment of a children’s attorney, only to have that same attorney report to the court that he/she is disinclined to waive the child’s privilege.