Custody lawyers in Hagerstown Maryland are often confronted with the dilemma that surrounds a case of child abuse.  Often that allegation or suspicion of abuse involves wrongdoing by a parent or stepparent.

The nature of child abuse in Hagerstown or Honolulu can always make it easy to conceal.  The first issue that arises in a child abuse allegation or investigation is the report or knowledge of the abuse.  How was that abuse discovered?  For example a child in Keedysville recently reported abuse to his parents exposing a string of offenses upon neighborhood kids.

The Discovery Of Abuse

Sadly child abuse, like rape, domestic violence and other heinous crimes in Frederick and Washington County are often perpetrated behind closed doors.  The victim is often the best, even sometimes the only, witness.

That does not mean it didn’t happen.  That also does not mean the perpetrator gets away with it.  There are many men who are in jail in Hagerstown or even in prison for something that only they and the victim witnessed. 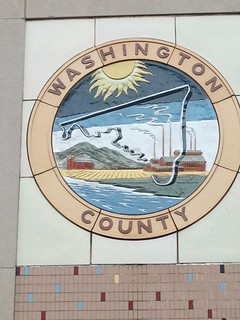 Make no mistake, it is important that the child know this is a serious matter and not a game or something to joke about.  Nevertheless, the child needs to be assured particularly because if the perpetrator has been engaging in a routine pattern of abuse he/she has probably sewn seeds to keep the child quiet.

Maryland law mandates that people in certain professions and under certain circumstances must report abuse to the authorities.   These people or agencies have no discretion in the matter and cannot  “let is slide.”   For example, if a child tells his teacher in Williamsport that his black eye is because mommy hit him at home in Huyett, that teacher must report the abuse to the Washington County authorities immediately. 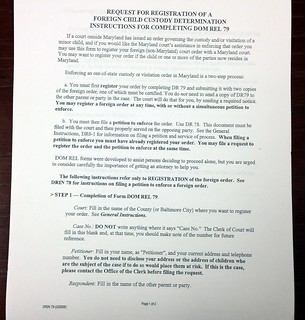 In a similar vein, medical providers, therapists, counselors, dentists, physicians, hospitals and some others, are also required to report and any knowledge or articulable suspicion of abuse to the Hagerstown or other authorities.

When people suspect child abuse the best thing to do is report it to the authorities and/or child protective services.  These agencies throughout our Washington and Frederick County communities go to extraordinary lengths to assure anonymity.

This serves as further insurance that even when people are in doubt, they will make the safe bet and report the suspected abuse.

There are, of course, those people who will “play the system” and report abuse just to gain unfair advantage in a variety of circumstances.  The real hard core fakers will even orchestrate a situation so that a child blurts out the abuse in front of a mandatory reporter.  Often there is just no way to guarantee credibility.

An article was recently written which calls to attention a problem related to child abuse and that problem is over-reporting and even false reporting by parents who hope to gain an unfair advantage in a custody dispute.  http://www.winnipegfreepress.com/local/a-child-custody-catastrophe-204810201.html

When abuse of a child, particularly sexual abuse, is raised between warring parents the subject everything in and about the case just goes thermo-nuclear.

Even those parents who routinely give false reports are often doing the right thing in there minds.  More often than not, they are not people who are manufacturing fraud but who are hyper-vigilant or even mentally disturbed.  It is very hard to draw a distinction and remain still remain sure that the child is not in real danger.

I had a Knoxville custody case published in a national magazine where the father insisted his son was being abused by the stepfather. The judge dismissed those allegations. Five years later the stepfather was convicted of serially raping the boy. Sadly, “truth” is what you can prove but it is still the best system we have at our mortal disposal.