What Counts As Income For Calculating Child Support In Carroll County, Maryland?

Do unemployment income, social security and disability count as “income” under the Maryland Child Support Guidelines?

Is Leaving The Workforce To Stay Home With The Children Voluntary Impoverishment?

The “new economy” is changing the face of child support.  In the salad days of our national economy when the real estate bubble was puff-puffing away the Family Law Courts of Maryland were called upon to determine such questions as whether company cars were income for purposes of calculating child support.  Well, times they are a changin’… and  boy have they changed.

Income is the preeminent factor in the child support guidelines, but what counts as income? 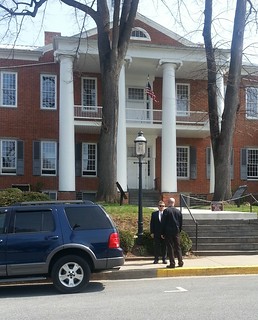 Over the past 5-6 years the questions more frequently presented to the child support courts in Maryland and Carroll County are as follows:  Does unemployment count in my child support?  Does my severance pay?  Does Social Security?  Does disability?

As previously discussed, the Maryland Child Support Guidelines work like this.  You  take the income from both parents, add them together, match that total to a child support obligation table and the non-custodial parent pays his/her percentage to the other parent.  Thus, we see that income is the very first factor we bring to the formula.

But what is income?  Isn’t that a question that only a lawyer would ask?  You know, cock his head to the left, look right at you and ask, “what is income?”  I mean if you didn’t laugh, you’d cry but there it is…What is income?  For purposes of child support in Maryland, “income” is defined under the Maryland Annotated Code, Family Law Volume Section 12-201(b)(3).

Starting with unemployment benefits.  When the economy took a downward turn people began to be laid off from Taneytown to Reistertown in record numbers and most of them were not hired back.  Their benefits were extended and extended again.  For the first 6 months to a year most of the single, divorced or separated parents who were enduring these problems just waited it out.

But then, when the problem wore on, more and more of these cases went to our Carroll County Court in Westminster.  Presented with the question, we find that unemployment benefits are income for computation in the guidelines pursuant to Family Law Code Section 12-201(b)(3)(xii).  In some fortunate cases, the parents who were involuntarily separated from employment received severance pay.

Severance pay is a “may” with respect to income under the guidelines.  That means that the judge “may” determine that the severance pay for a parent in Mount Airy should count as income in a child support calculation for his children in Union Bridge.  Despite my near daily appearance in child support court, it has been so long since I was involved in a case where one of the parents was lucky enough to receive severance pay.  The last time was a man in Eldersburg and I don’t remember if the judge counted it as income or not.  Nevertheless, it is clearly up to the judge, as set forth in Maryland Family Law Code Section 12-201(b)(4)(i). 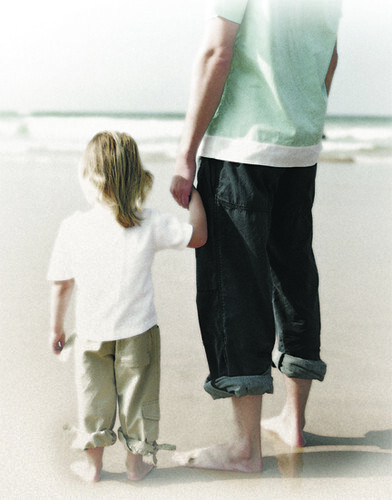 Since the economy flattened out at best and has not, as of yet, rebounded we have also seen that any parents who could retire; did retire.  This raised the social security issue as income.   Now, most parents with children who are young enough to be entitled to child support do not qualify for social security retirement in the traditional sense.

If a payor parent in New Windsor does receive social security income in the form of a retirement it counts as income pursuant to Maryland Family Law Code Section 12-201(b)(3)(x).  More typically the “early retirement” of a parent with school age children is a decision to stay home with the child and avoid the significant expense of child care.

You really can’t blame someone in Westminster with two children who pays 300 dollars per week after taxes for child care for choosing to forgo a job with a 400 or 500 per week income before taxes.  This phenomenon has had a devastating impact upon the child care industry.  They sustained record losses in 2008 through 2011 but from what a friend in Mount Airy told me the demand and supply has now flattened  out.

When a parent perceives his or her child support is unfairly high because his/her ex has elected this “opt out” form or retirement there is little comfort to be had.  While “voluntary impoverishment” is a claim one can make if a parents income is voluntarily manipulated downward it is often unsuccessful in this situation.   It is defined in Maryland Family Law Code Section 12-204(b).

For example, a parent in Hampstead might protest that his ex has left the workforce voluntarily and stays home with his children while her new husband works in Manchester as the sole household income.  A quick witted judge will foil such claim by a payor parent pointing out that if income is attributed to the mother the child care expense for the children would render such decision a “wash.”

The last income dilemma which often arises in these tough economic times is the most troubling.  Faced with little else, the roles of those on disability are growing in record numbers.  Ten years ago I would estimate that my cases where one of the non-retirement age parents was on disability would be well below 10%.

Today, I would estimate that 20% of the Carroll County cases I handle involve a scenario where one of the parents is on disability.  That is a very real and a very stark reality.  What’s more troubling is that in a growing percentage of those 20% BOTH of the parents are on disability.

Some of those people are malingerers plain and simple.  In contrast, some were physically disabled but suffered in silence when work was available and now just say “the hell with it” since they can’t work anyway.  Many others are people who are disabled for emotional and psychological reasons, no doubt exacerbated by lack of opportunity for gainful employment.
Disability payments are income pursuant to Maryland Family Law Code Section 12-201(b)(3)(xiii).

There is yet another nuance to this form of income in its relationship to child support.  Many forms of disability pay a collateral benefit to the child or children of the disabled.  That third party payment is credited to a disabled payor parent pursuant to Maryland Family Law Code Section 12-204(j)(1) as though he/she paid the money directly.