How you can separate if your spouse won’t move and you can’t afford to move out.

The Nesting Agreement: The Children Remain in The Family Home and The Parents Rotate Occupancy In The Home

“I want a divorce but my spouse won’t move out, so we won’t be separated?  What can we do?”

That question is undoubtedly the most common “Catch-22” in Maryland Family Law.

The answer I most often tell people is:

“How many couples do you know who  BOTH want to be divorced but just can’t?” 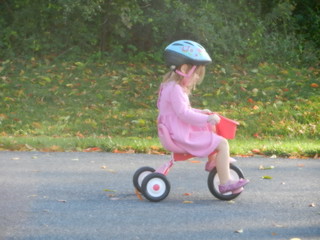 The answer is few or none. Like many questions in family law the problem is solved by simply putting both parties’ interest in the same direction.  If both parties want to be divorced and they have agreed upon most of the issues of support, visitation and alike; it really does not matter who moves out and who stays.

People tend to spend what people make and rarely do parties’ have enough income or savings to support two (2)  full fledged households.  It may be ok for you to stay on your brother’s couch or in his spare bedroom but what about your three (3) kids?

Obviously the idea is for the parents to bear the hassle of moving back and forth thereby having less effect upon the children. This solution is not for everyone, but it is one solution to the common problem of who should stay and who should go.

I am reminded of a case where the parents who lived in Frederick were going through a divorce and they lived in an extremely expensive home.  The expense was so high that when mother left the home she had no money for rent and was forced to live on a couch at her sister’s home in Woodsboro Maryland.  That was not an appropriate way for the children to spend the night so they created a nesting agreement which would last until the home was sold and  they had sufficient money to each afford a place to live.