A growing and almost universally adopted practice among judges and Frederick County custody lawyers is the “right of first refusal.”

The right of first refusal in custody cases is predicated upon the tendency of judges to prefer parent care for a child or children over all other types of custody or care.

For example people who have custody, use babysitters, daycare, grandparents, friends and other relatives to care for children while they are at work or otherwise unable to personally care for the child(ren) in their custody.

While the courts acknowledge these alternative care options, don’t be surprised if the custody court orders a “right of first refusal.”

I know the wheels are turning in people’s heads, like:

As I have indicated in previous articles, law school students are frustrated because is seems they cannot get a straight answer as custody law professors universally answer “it depends.” 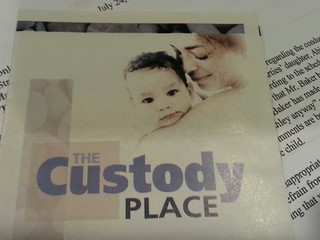